The humpback whale is a remarkable animal in many ways. They have been filmed showing compassion to other species of animals when rescuing seals from hungry killer whales by taking the seal on their back, putting themselves at risk. Humpback whales are famous for filling the dark oceans of the most beautiful songs, but they are also the world champions of swimming, at least for mammals

Grey whales were previously thought to be the record holders, but their title was snatched in 2007 by humpback whales. A study tracked them travelling at least 8,299 km (5,160 miles) between Costa Rica and Antarctica. This is the longest migration of any mammal.

The humpback whale are one of the most commonly seen whales in Icelandic waters Humpback whales (Megaptera noveangliae) are a well-studied migratory species, travelling annually between summer feeding areas, rich nutritional sub-polar waters around Iceland and then head to tropical areas during winter to breed. Females give birth and mate during the winter where the gestation period is approximately 12 months.

Studies and observation have shown that sex, age, and reproductive status of an individual whale can affect the timing of migration. More and more young male humpbacks are seen around Iceland, both up north and around the capital area in south Iceland. These young males have most likely not yet reached maturity and therefore stay in their feeding grounds throughout the year. Those who did migrate to warmer seas during winter time, generally start heading back north in early spring, beginning of March. It’s a long and perilous journey for they whale, covering approximately 7.000 km (4.600 miles) from the Gulf of Mexico to Iceland.

The journey takes about a month, sometimes traveling two to gather, mother and newly born calf. The mother is hungry, she hasn’t eaten anything over the winter, she has just been focusing on here new calf, feeding him nutritious milk and getting him ready for the long and dangerous journey to Iceland. Despite the mother’s size, 18 m (59 ft) the calf is an ideal pray for the world’s greatest predators; killer whales. If the Killer whales spot the newly born calf, they will, much like a pack of wolfs, try to separate the calf from its mother, whereby it will become extremely vulnerable. If they succeed in separating the calf from its mother, killer whales, generally working together, will then try to drown the calf by biting, and pulling on the whale’s pectoral fins until it is exhausted. This chase can sometimes last for hours. In a final act, the killer whales will launch from the water onto the calf’s back, covering the whale’s blowhole, which suffocates them. 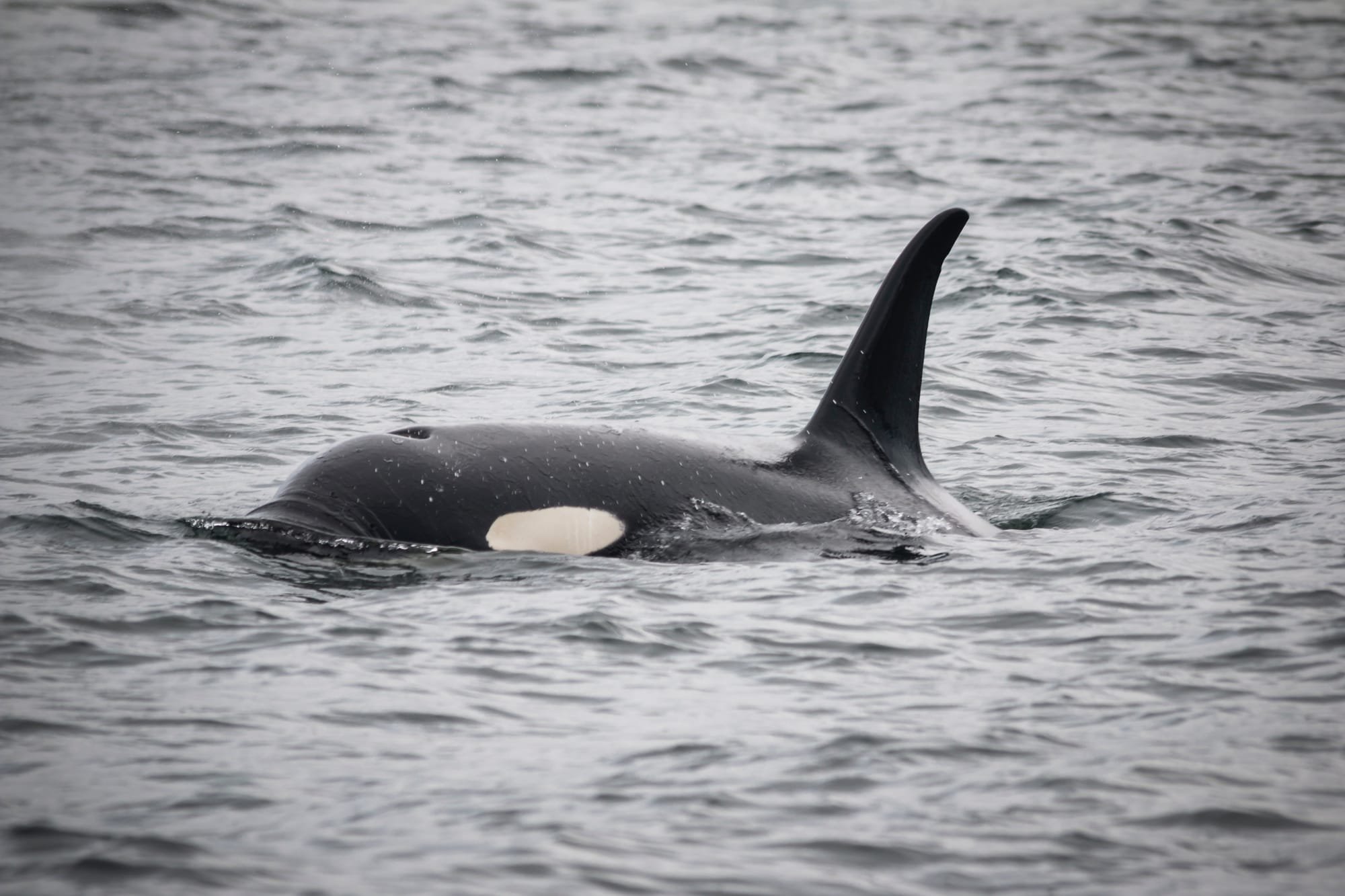 Luckily the mother will fight with every last energy she has, splashing around and striking here white flippers, which are the characteristics of the Northern Atlantic Humpback, back and forth creating a loud noise scaring the killer whales away.

Finally, the humpback reaches south cost of Iceland in early April. The calve is typically nursed by the mother for the first year and is fed milk daily. The calf can drink around 400 Liter per day (105 Gallons) easily gaining +45 kg (+100 pounds) every day.

When separated, humpbacks are largely solitary animals, however they do communicate under certain circumstances such as when hunting for food, mating and during migrations.

Some tend to stay of the south coast of Iceland, around Faxaflói bay just outside Reykjavik capital. Most of them keep moving north and return to their feeding grounds in Skjálfandi bay and Eyjafjörður close to Húsavík, Dalvík and Akureyri.

During summers, the waters are again, filled with humpback whales, eating and gaining the weight they lost during summer and very soon, breaching happy humpback whales are entertaining humans on whale watching tours.